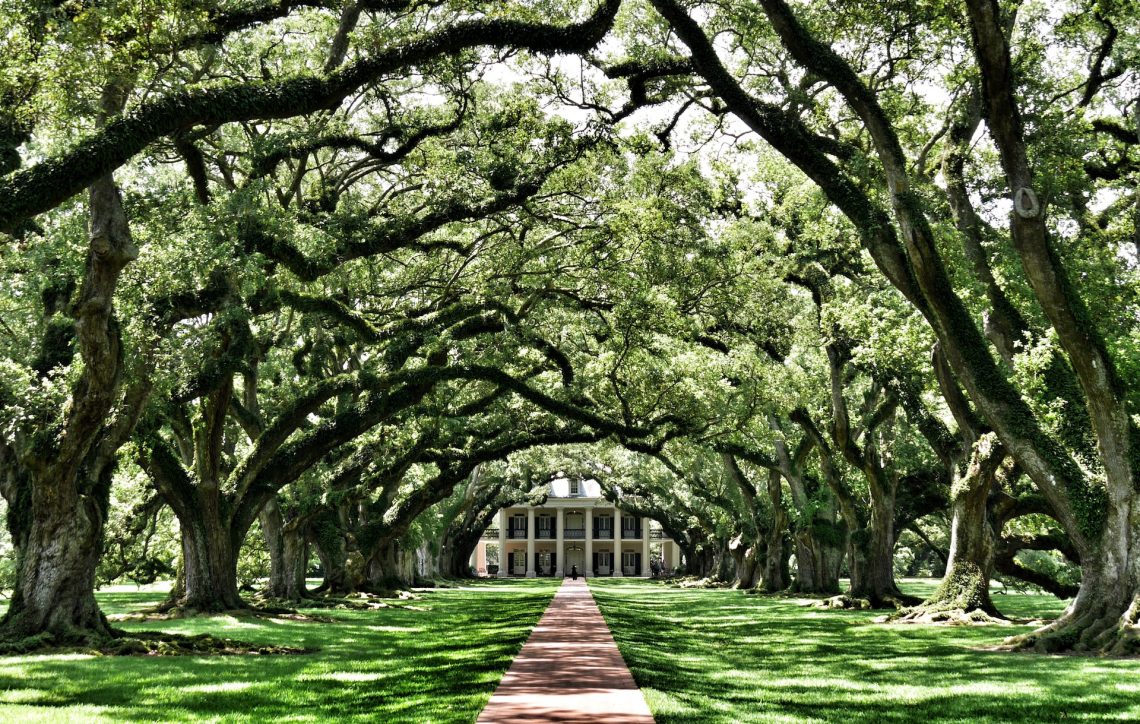 Prior to the Civil War, Jacques’ Oak Alley was not the only Roman family-owned plantation in St. James Parish. Their estates lined the west bank of the Mississippi, creating an interdependent economy based on family participation. More than business practice however, this “family affair” methodology profoundly impacted the area in general, including the enslaved communities.

The Roman plantations in St. James were owned by A.B., Victorin, Jacques, Sosthene, Zenon, and their sister Josephine (married to Valcour Aime), as well as their children. Altogether, these families owned 892 slaves – all living within a 9-mile stretch along the river. This high density of enslaved laborers created an environment of continuous activity. Field slaves were a constant presence, unloading supplies, and materials from steamboats, or loading barrels of sugar and molasses for New Orleans. They could be seen repairing roads, and levees, or working in the fields. House slaves could be seen frequently coming and going as well – attending their masters on trips to the city. It was a landscape of commotion and movement from sunup to sundown.

The close proximity and commerce between Roman family plantations also resulted in a high amount of inter-plantation traffic. Slaves frequently traveled between them, relaying messages and goods. Consequentially, communication was common between the communities themselves. Enslaved mothers asked slaves from neighboring plantations to act as godparents when their infants were baptized, suggesting not just knowledge of other plantations, but familiarity.

In addition to affecting the landscape in which Oak Alley slaves lived, the Romans’ “family affair” approach to business had one particularly important effect: it directly shaped the makeup of the enslaved population here.

Jacques’ mother, Louise Patin Roman, was the matriarch of the Roman family. Her death in 1830 sparked a family debate as her children disagreed over her property, specifically her slaves. Victorin argued that their mother did not want particular families separated, while Sosthene insisted that since she did not put these wishes in a will, the slaves should be sold individually for the most profit. In the end, Jacques purchased all the slaves at auction and moved the population to Oak Alley, solving both family disputes and honoring his mother’s request.

Thus, as a result of Jacques’ adherence to the Roman “family affair” philosophy, the community at Oak Alley had a particularly interesting composition. It was the merger of two distinct groups, rather than the more common practice of people acquired individually.

Slavery and the sugar parishes

Sugar first became an attractive crop in 1795 when Jean Etienne de Bore successfully granulated the sweet syrup. His discovery, combined with the Louisiana Purchase, brought a swell of planters to Lopusiana, seeking to capitalize on what was quickly becoming a lucrative crop.

While valuable, sugar was also the most demanding commodity toproduce. From planting to harvesting to refining, each step required an exceptional amount of physical labor. As a result, area planters quickly became steady clients of the New Orleans slave traders. Some of Jacques Roman’s brothers, including A.B, Sosthene and Zenon, capitalized on this need, trading countless individuals both in St. James Parish and in New Orleans.

Sugar plantations grew, both in size and reputation. By the Civil War, large estates owned an average of 110 slaves. Jacque’s own brother-in-law, Valcour Aime owned a staggering 231. In addition, sugar’s environmental and physical demands exceeded other plantation crops such as cotton or tobacco. Arduous labor and intense temperatures resulted in what some consider to be the most unforgiving enslavement.