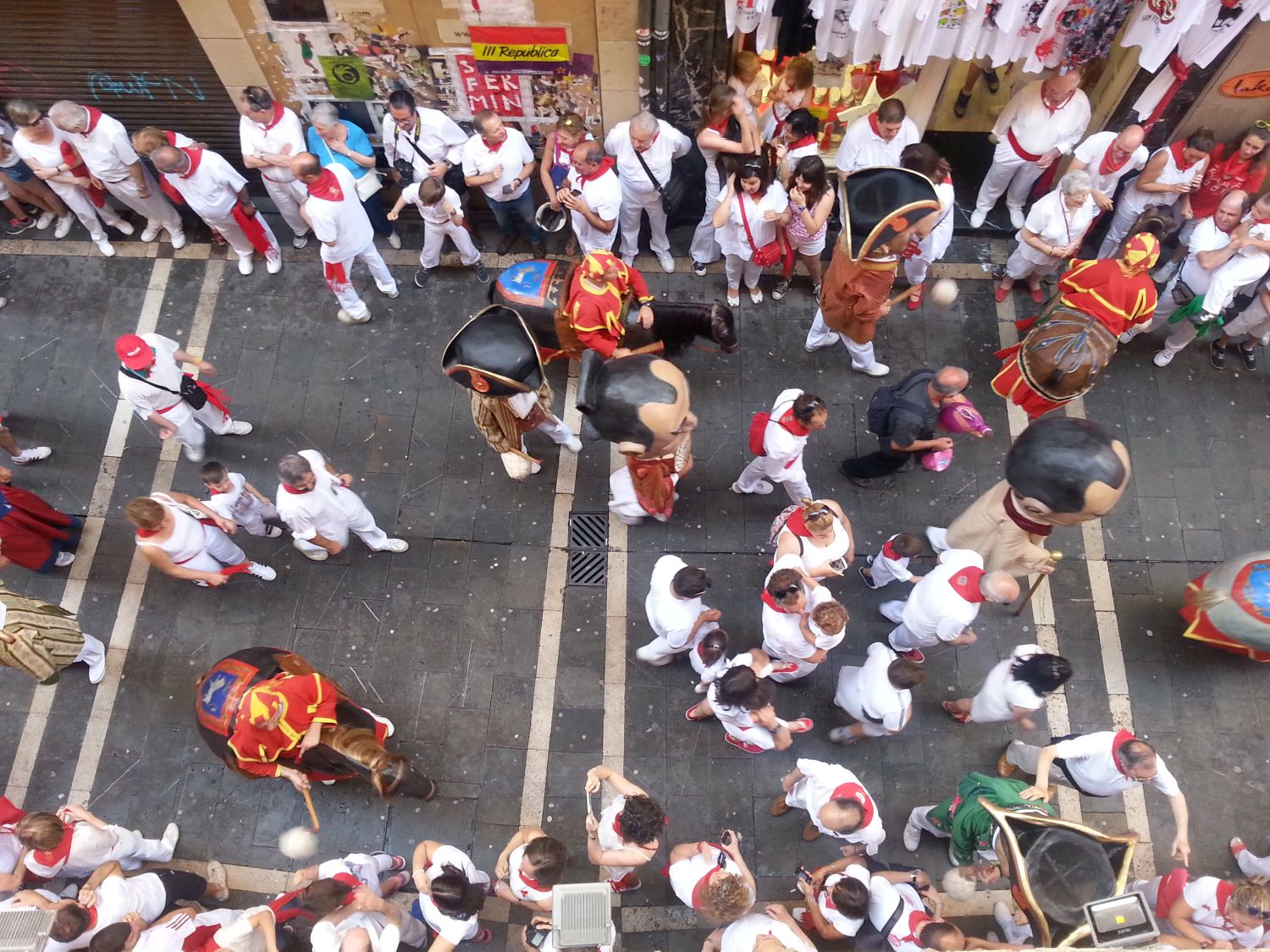 In early July Pamplona becomes the scene of bullfighting, bull running, bull talking and memories of Hemingway. In 75 BC the Roman General Pompey the Great established a military camp in the northeast of present-day Spain. But Pamplona only began to attract interest in the Middle Ages, when it became a stopover for pilgrims going to the shrine dedicated to St. James at Santiago de Compostela. At the end of the 16th Century the Navarrese city hosted the first summer festival of San Fermin, who saved the city from plague, and its status changed forever. But the thousands of people who flock to Pamplona between t and 14 July are not guided by religious motives. They go there because of a ritual that could hardly be described as Christian – especially if we bear in mind the opinion of Pope Pius V (1556-1572), who threatened anybody who watched bullfights with excommunication.

However, bullfighting had already existed for quite some time on the Iberian Peninsula (some theories claim it is descended from the tauromachy games of ancient Crete), so the pope’s own bull was doomed to fail. In 1591 bullfights became part of the first fiesta of San Fermin in Pamplona, which back then lasted only for two days. By the way, the first corrida as we know it today, was held in 1726. Back them matador Francisco Romero was the first to use the estoque and muleta.

This was only the beginning. In the 18th and 19th Centuries corridas grew into a mass obsession, whose golden age came in the early 20th Century. Pamplona kept pace with this trend: the city’s new bullring was opened in 1922. The 12,529 seats of the Plaza de Toros can’t compare to the 20 thousand of the arenas in Barcelona and Madrid or the 50 thousand of the one in Mexico City. But Pamplona’s bullring is by far the most famous of them all. In 1926 Ernest Hemingway published his novel ‘The Sun Also Rises’. Its action takes place during the Festival of San Fermin and its characters, Americans of the Lost Generation, try to drown their memories of the First World War in alcohol, desperate lovemaking and the fights between matadors, dressed in trajes de luces, or suits of lights, and bulls – small, black and enraged by the wounds from the banderilleros’ darts. ‘The Sun Also Rises’ is Hemingway’s first novel and the first successful international advert for the Festival of San Fermin. But it wasn’t for the encierro, or the Running of the Bulls, this success would hardly resonate today.

By the way, it said that bulls bred in Miura, Seville, are the best-known. These have killed most of the famous fallen matadors, including the great Manolete. Every morning of the festival, the six animals are to take part in the afternoon corrida are run along the cordoned-off streets between the Plaza Consistorial and the Military Hospital to the Plaza de Toros. The route measures only 825 m, or 2706 ft, and the run lasts about three minutes. But this is when the aficionados experience the thrill of looking death in the face. Or rather showing it their backs. Every morning hundreds of men gather in the enclosed stretch of the road and nervously wait for the rocket, which is fired at 8 o’clock sharp, to signal that the gates of the corral are open and the bulls are heading for the ring. A few seconds later the aficionados see the camera flashes and hear the spectators shouting behind the fences, “Ahi va! Ahi va!” (“There it goes! There it goes!”), and turn and sprint before the bulls, which are already at their heels. Those who have done it say that these are the minutes when they feel that they’ve truly lived. For some, however, these are the last minutes of their lives. Running before the bulls is a dangerous matter. Since 1924, 15 people have died and about 200 have been injured in the pamplonada. In most cases, the bulls cannot be blamed. The number of the people in the enclosed stretch grows every year and so does the danger of stumbling and falling during the run and being trampled by the crowd. But the death is an inescapable part of this amusement. None of the bulls running the route has lived to see the end of the day. Sometimes, as an exception, the audience at the bullring will be so pleased with the qualities of an animal that it demands that it be spared. But such cases are extremely rare: only 12 per year. According to PETA calculations, 10 000 animals are killed in the arenas every year.

Bloody and dramatic, the Pamplona fiesta would have appealed to Pompey the Great and his soldiers. In fact, some historians claim that bullfighting has a lot in common with gladiatorial games. A three-act tragedy: the bull meets the matador

The direct confrontation between the bull and the matador is only the finale of a longer drama featuring other supporting actors. When animal enters the ring, a banderillero makes passes with a cape before the matador himself comes for a while to show a few tricks of his own. Then he gives the floor to the picadors. They ride horses and plunge their lances into the bull’s neck muscles.

The first act, called the tercio de varas, or “lances third”, gives way to the tercio de banderillas, or “banderillas third”, in which three banderillos have to plant two short spears decorated with colourful paper into the open wounds. When they finish their job, it’s time for the tercio de muerte, or “death third”. The matador once again faces the bull to show his skills to the audience. Ten minutes later either he or the bull dies. Strictly forbidden during the encierro or the Running of the Bulls 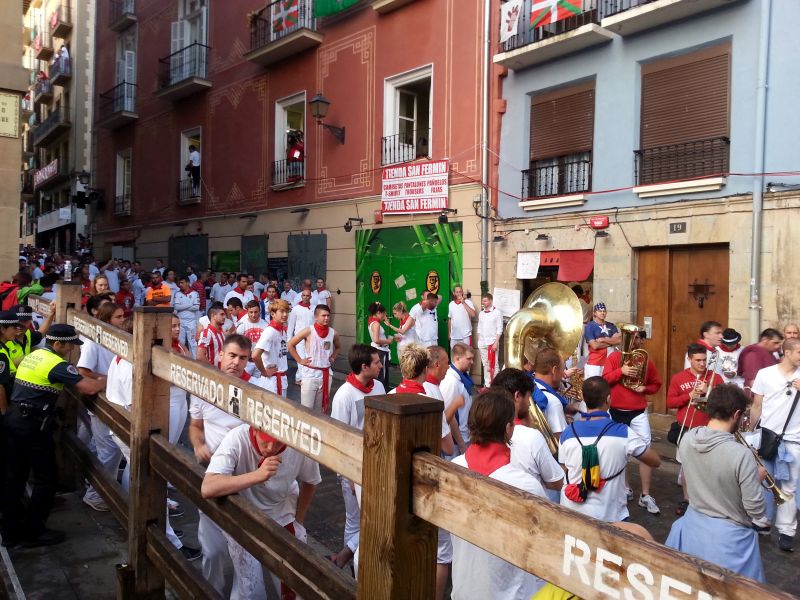